Three women are being celebrated for putting down their fancy cheeses to stop what would have likely been a date rape.

Sonia Ulrich and friends Monica Kenyon and Marla Saltzer were dining at Fig at the Fairmount in Santa Monica, California when Kenyon witnessed a man dropping a suspicious-looking substance into his date's drink while she was in the bathroom.

"He pulled her glass toward him, kind of awkwardly, then he took out a little black vial," Kenyon told her friend. "He opened it up and dropped something in. Then he tried to play it cool, like checking his phone and hiding the vial in his hand and then trying to bring it back down slyly." 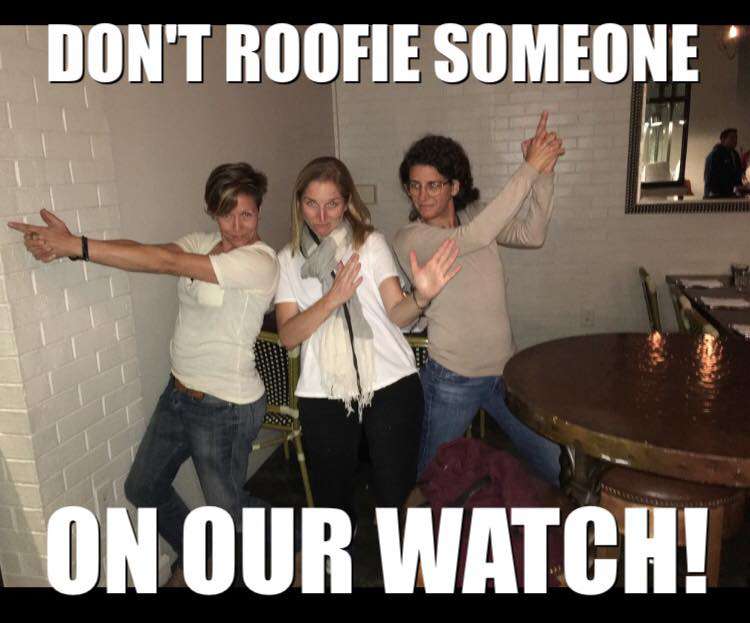 Unable to let the situation go, Ulrich approached the man's date in the bathroom and explained what Kenyon saw.

"The poor woman had to sit through 40 more minutes, sitting across from 'one of her best friends' knowing that he was trying to drug her," she wrote. "Marla noticed him several times chinking his glass to hers to get her to drink. She played it cool. Mostly, I believed, just stunned. The staff wanted to jump in and dump the glass, dump him, do something! I was going through fantasies of walking up and demanding he drink the tainted glass of wine. Eventually, they finished up dinner. There was a delay getting their bill 'The computer is down' is what the waiter kept saying to him. Then, in walks Santa Monica PD. They say 'Come with us' and he doesn't protest. Doesn't ask why. Doesn't seem surprised."

Several women in the restaurant thanked the three friends and even shared some of their own terrifying stories.

"Some Heroes don't wear capes," another said." Thank you. It happened to me. Thank you."

Police officials took the tainted glass as evidence and the man, 24-year-old Michael Hsu, has been arrested and held on a $1 million bail.