Why ride in a horse-drawn carriage or fancy limousine to your wedding ceremony when can take a garbage truck? That's exactly what this Birmingham, England bride did and her groom couldn't have been any happier!

In a hilariously inspiring effort to surprise her groom, a 50-year-old sanitation worker named Paul, 49-year-old Hilli Fletcher arrived to her big day in a 28-ton trash truck fully decked out in pink ribbons, bows, and a giant banner that read "here comes the bride!" 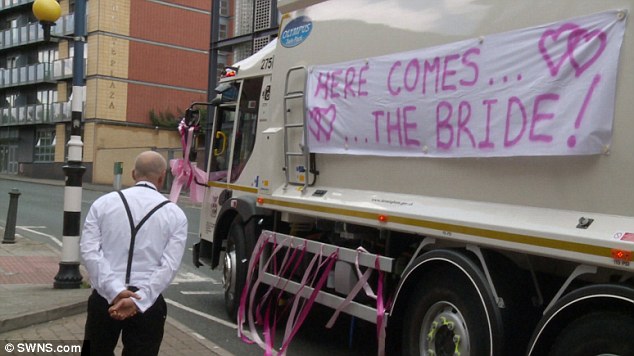 The truck came straight from the company Paul works for.

"Some of his work friends put me in touch with his boss, who said: 'Leave it with me,'" Fletcher said. "It took a while but they said yes. Paul didn't have a clue. I just saw him cry - he said he was in complete shock and surprise." 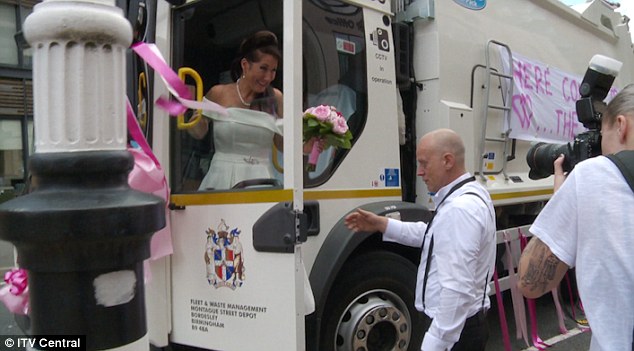 Though the truck would have normally been in use, the guys put it aside for a thorough cleaning before the florist added her sweet touch. Fletcher said by the time they were done, the truck no longer smelled like trash.

And everyone, especially Paul, was completely shocked! 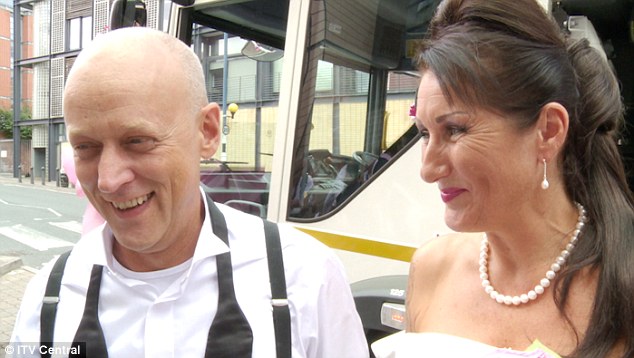 "He was crying his eyes out so I must have done a good job," Fletcher said. "Everyone was out, honking their horns. I would not have done it any other way."

Check out the video below to see the emotional moment shared by this adorable couple!