What do you wear when you're headed for a fun-filled day at the amusement park? Probably something comfortable, maybe something breathable, but not risqué. That's the style Bina Ramesh went for, but the Six Flags security team thought otherwise.

When the 22-year-old and her male friend went to Six Flags' Jackson, New Jersey location to celebrate her birthday, she was initially let into the park by a female security guard. But upon returning after she left to grab something from her car, Ramesh was denied reentry because of her "inappropriate" attire: a plain, gray v-neck with a light blue bralette underneath. 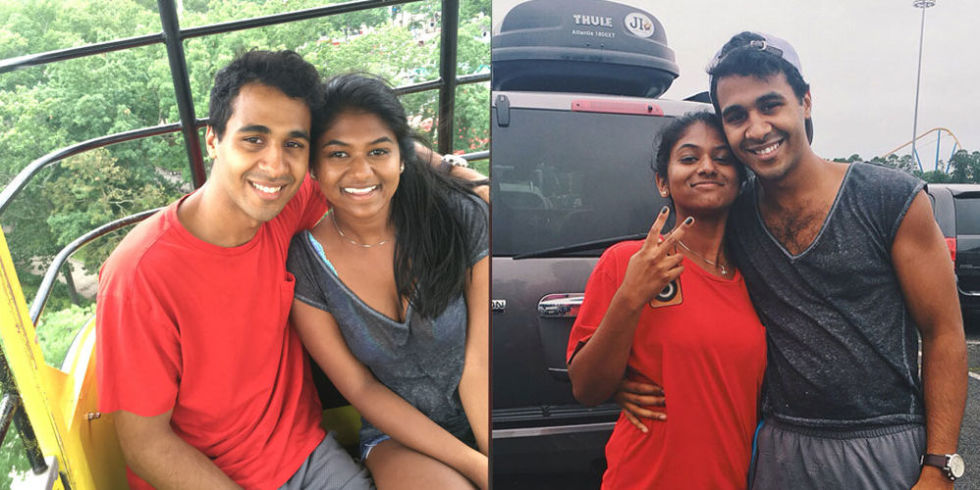 "I was so upset and angry," she said. "How could I have been let in earlier that day by a female guard? Now suddenly the rules have changed when there’s a male guard paying closer attention to my cleavage?"

Apparently, the t-shirt was against park rules.

After the confusing incident, Ramesh and her friend headed back to the parking lot for a quick top swap. She wore his red t-shirt and he donned her not-so-inappropriate v-neck.

It was only then that the same security guard allowed them to enter the park again.

So Ramesh went ahead and posted about it on social media.

"This is me wearing the scandalous horribly inappropriate see through top, please children shield your eyes," she wrote on Twitter.

"We apologize for any inconvenience we may have caused this guest," Six Flags responded. "Similar to many public venues, we strive to maintain a family-friendly environment."

We're still trying to figure out what part her shirt wasn't "family-friendly."