Woman Grows Canoe Out of Mushrooms

A young woman in Nebraska recently grew her own canoe out of mushrooms?

You read the right, Katy Ayers grew a canoe made of mushrooms to spread awareness about the functions and utility of fungi and mycelium. She was able to use this organism--that is neither a plant nor bacteria nor animal--to create a fully functioning, water-tight vessel, which she has called her “Myconoe.” 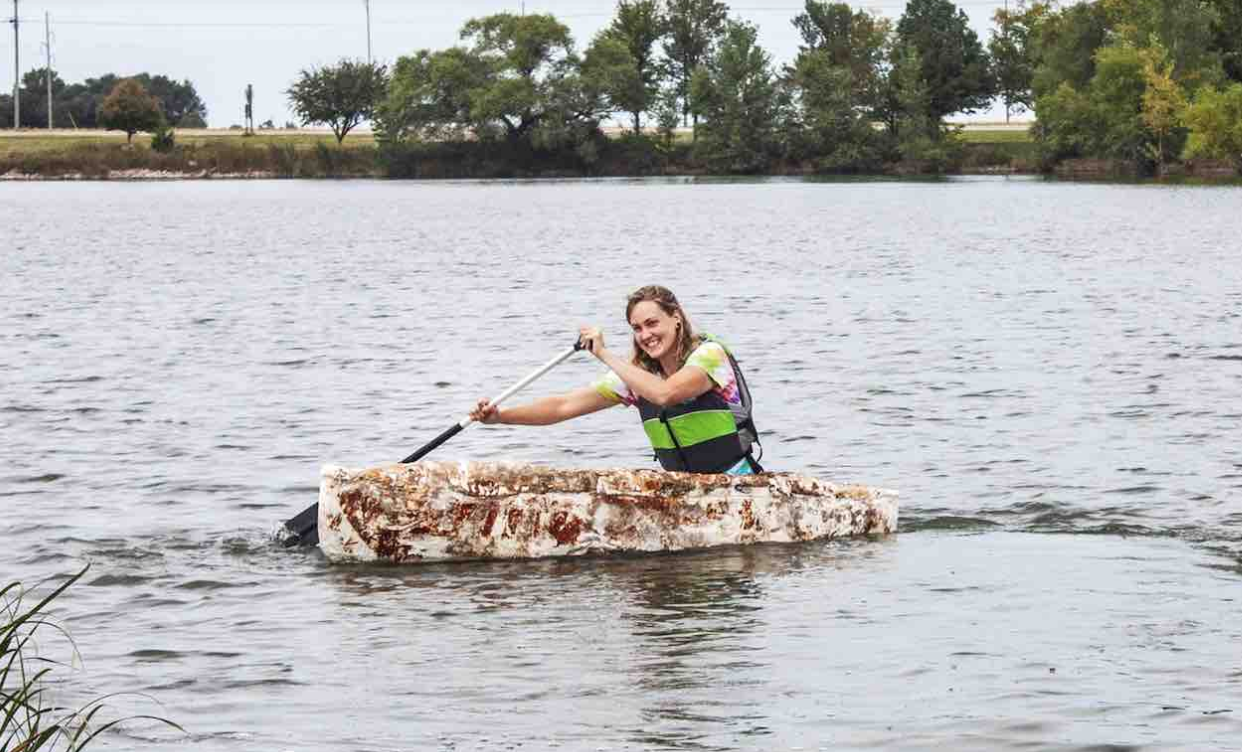 “Mushrooms are here to help us--they’re a gift. There’s so much we can do with them beyond just food; it’s so limitless. They’re our biggest ally for helping the environment,” Ayers said.

Mycelium is a dense, fibrous, material that grows underground--making it the ideal building material for a canoe.

Ayers grew the large mycelium over the course of 90 days in a control room with temperatures higher than 90 degrees Fahrenheit and 100% humidity. The Myconoe weighed 100 pounds after it was left to dry in the summer. After she takes it into the water, the mycelium continues to fruit and release spores.

She began the project by reaching out to Nebraska Mushroom’s Ash Gordon, who offered her an internship over the summer after she had already received a grant from her university in Columbus, Nebraska to study mushroom-oriented climate change solutions.

“I always have very big ideas. I see something and it’s small and I just want to make it bigger and better. Since I’m from Nebraska, I love to fish. I’ve always wanted a boat. Why not just grow it?”

“It really helps bridge that gap between people who didn’t have an interest in mushrooms--maybe they don’t like to eat mushrooms and really haven’t thought about other potential uses for them. The boat gave them something to look at and think about,” Ash Gordon said.

The project was relatively low cost--only $500 for spawn, tools, and other equipment. The success has encouraged Ayers and Gordon to continue experimentation creating other solid objects like chairs and landscape architecture out of mycelium. Mushrooms are already being used to help create compostable car parts for Ford. Ikea has committed to begin transitioning much of its plastic packaging to a mushroom-based renewable alternative.

Katy is also helping out local bee colonies. Research showed that honeybees who had consumed mycelium had lower levels of a harmful virus. She will be beginning to work with low-income students to create bee hotels.