The INCREDIBLE Reason She's Running Just Weeks After Giving Birth Will Inspire You!

For elite athletes, it's fair to say that nothing can come close to the incredible moment when they find out they've made the Olympic team. But for runner Sarah Brown, an unexpected announcement runs a close second.

Last year, the 30-year-old runner ran her fastest 1500-meter race, earned a lifetime best in the 800-meter, and was considered to be a definite on the United States Olympic team for track and field. But just months after her huge wins, Brown discovered she was pregnant despite having an IUD. For the record, IUDs are 99 percent effective at preventing pregnancies.

Brown announced her unexpected news and continued her training even throughout her third trimester. She ran 40 miles per week over the course of four training days. 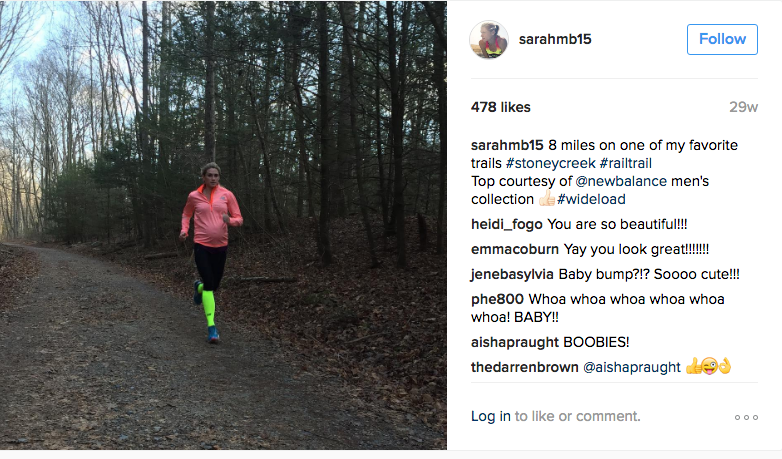 She gave birth to a healthy baby girl named Abigail Ann in March.

Two weeks after her little girl was born, Sarah was back on the track!

Unfortunately, Sarah did not make the team, but that doesn't make her dedication any less inspiring!

"Today wasn't the fairytale ending you dream about," she wrote in a heartfelt Instagram post to fans. "But then again, this journey never really was about an ending, it's a beginning." 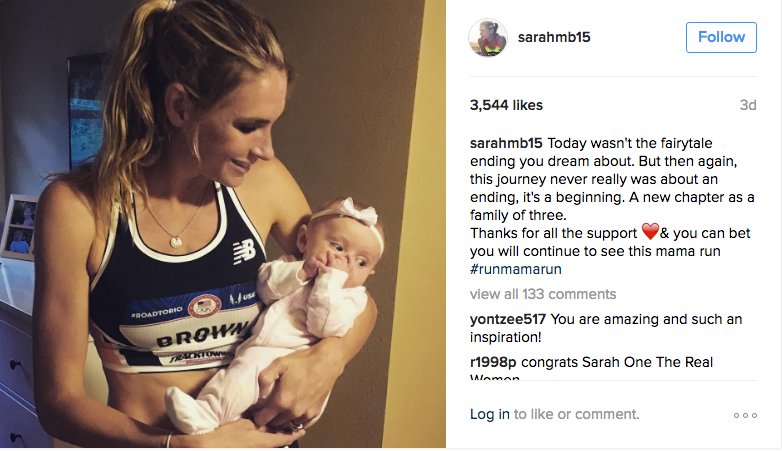 SHARE if Sarah's incredible story inspires you NEVER to give up on your dreams!