Despite all of the new safety innovations built into new vehicles, there's still one thing no one can seem to totally eliminate - blind spots. That was at least the case until 14-year-old Alaina Gassler stepped in. 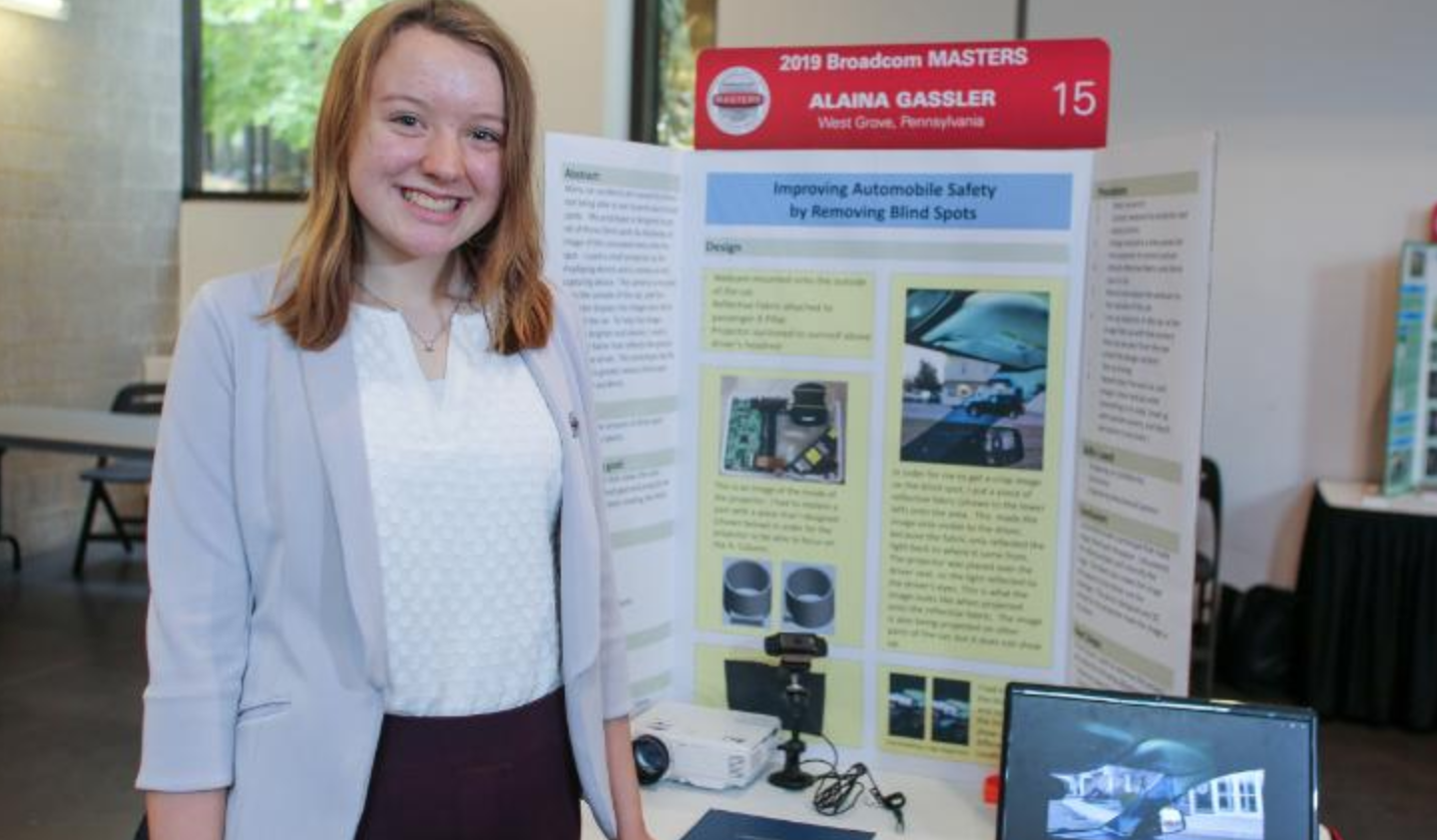 The teenager from West Grove, Pennsylvania was just recently awarded $25,000 for creating a prototype that does what technology hasn't been able to do so far because of the A-pillar design in cars.

This design supports the windshield and provides protection in the instance that there's a crash. While both of those are important, the size and angle of the pillars creates blind spots, leaving the driver unable to see certain areas where other cars may be.

"There are so many car accidents and injuries and deaths that could've been prevented from a pillar not being there," Gassler said in her Society for Science video. "And since we can't take it off cars, I decided to get rid of it without getting rid of it."

The 8th grader's invention involves the use of a webcam, projector, 3D-printed adapter, and retroreflective fabric. All of this combined creates an image of the environment and displays the footage on the pillar, resulting in what looks like an optical illusion that leaves the pillar seemingly transparent.

Her idea has yet to be evaluated by auto manufacturers, but it's undoubtedly a remarkable one coming from a 14-year-old who can't even drive yet.