Solange may be Beyoncé's younger sister, but she sure is making headlines on her own!

Her new album A Seat at the Table is filled with socio-political issues that young women of color face every day. The significance of her work not only earned her a number one spot on the Billboard album chart but has also inspired college courses across the United States.

Since releasing the album in September of last year, Solange has been vocal about the album's significance, her songwriting process, what it means to be a black a woman in today's society.

Now, young women of color are creating their own syllabus to delve deeper into the themes of A Seat at the Table. "A Seat at the Table Syllabus: The Truths of Young Women of Color" was created by Melissa Harris-Perry, an author, professor, activist, and television host, as well as by students of Wake Forest University and other scholars. The syllabus is designed to explore themes of racism, gender, womanhood, sexuality, relationships, and self-love. 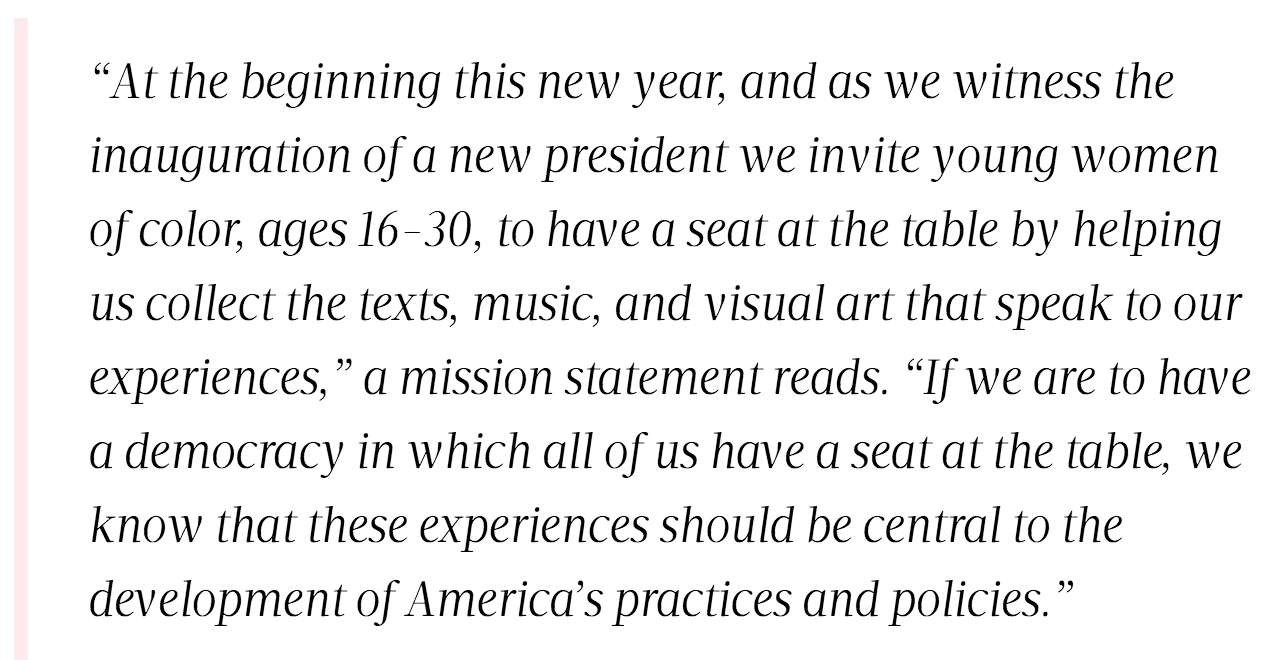 "At the beginning of this new year, and as we witness the inauguration of a new president we invite young women of color, ages 16-30, to have a seat at the table by helping us collect texts, music, and visual art that speak to our experiences," the mission statement reads. "If we are to have a democracy in which all of us have a seat at the table, we know that these experiences should be central to the development of America's practices and policies."

You can find more information about how to get involved and submit your ideas by visiting their website, but don't stop there -- see who Tracee Ellis gives credit to for her Golden Globe!