Lena Dunham Is Standing Up For Female Trump Supporters

Feminism is more than just wanting the rights of women to be equal to men. It means to fight for the rights of all people, no matter the gender, race, sexual orientation or nationality. Although many women who supported Hillary Clinton during the Presidential Election can't wrap their minds around how any woman could elect President Donald Trump, Lena Dunham is here to remind us we still need to fight for them.

Lena Dunham recently sat down with People to discuss the comments she made regarding female Trump supporters. Her previous remarks pertained to how she wants women who don't like the series Girls, who voted for Donald Trump, to understand she's still fighting for them and fighting for all human beings.

"We are still fighting for you as a group," Dunham said. "I think it's really important that even though we live in a culture where obviously so many of us are so disappointed that 53% of white women voted for Donald Trump, I think you have to keep voting for the rights of people, no matter if you agree or disagree with them."

But she didn't stop there. "To me, a huge part of feminism is that even if those women don’t share our values, we’re still for them and we’re still fighting for a country where they’re safe," she concluded. 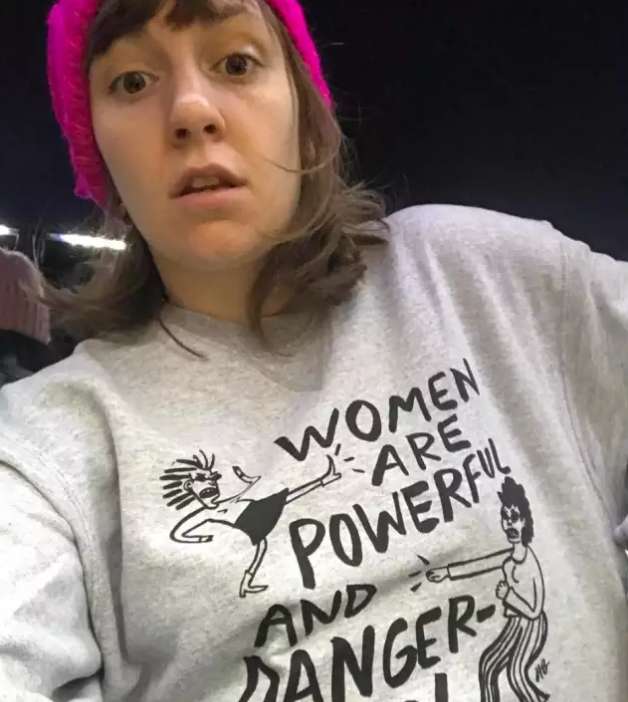 We're sure Lena isn't alone in her feelings, and her message is one we should all take seriously. A feminist would never put someone down for their beliefs, for their feelings, for their political preferences, because they are the ones fighting for equal rights for all human beings.