It may seem like a small victory, but the fact that a major brand is supporting Women's History Month is a major accomplishment. 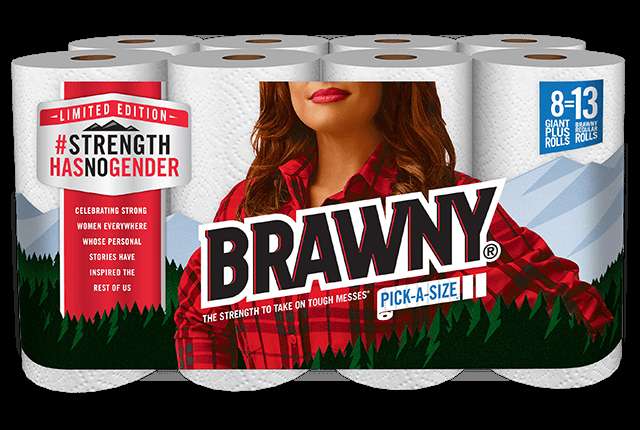 For the second year in a row, Brawny is replacing their iconic male figure by adding inspiring women to their packaging. For the entire month of March, the paper towel company will be highlighting notable women on its #StrengthHasNoGender website.

Although changing the packaging to feature a strong female is a nice gesture, Brawny is doing much more than that to acknowledge Women's History Month. They have decided to highlight a multitude of accomplished women in science, technology, engineering, and mathematic lines of work.

To name a few, Brawny is featuring Vernice Armour, who is the first black woman combat pilot in the United States military. The company will also be featuring Brittany Wenger, the college senior who taught herself coding and invented Cloud4Cancer, which is an artificial intelligence program that helps detect cancer. Brawny's featured ladies doesn't stop there -- the company is sharing videos of many women who have achieved greatness and success.

Although women's rights have come a long way, there's no doubt that there is still work to be done. Female accomplishments often go unnoticed, so thank you, Brawny, for shedding light on such inspiring females.