Joseph Baena is following in the footsteps of his very famous father, Arnold Schwarzenegger. Baena, his youngest son, is spending his days getting insanely jacked and has been so kind to post those selfies online. The most recent pictures are causing quite a stir. Baena is taking the time to recreate some of the poses made famous by his dear old dad, Arnie.

The Baena/Schwarzenegger saga is quite an interesting one. The story broke in 2011 that an affair between the former Governator and a housekeeper, Mildred Baena, resulted in a child. In 2020, the resemblance became unmistakable between the father and son. 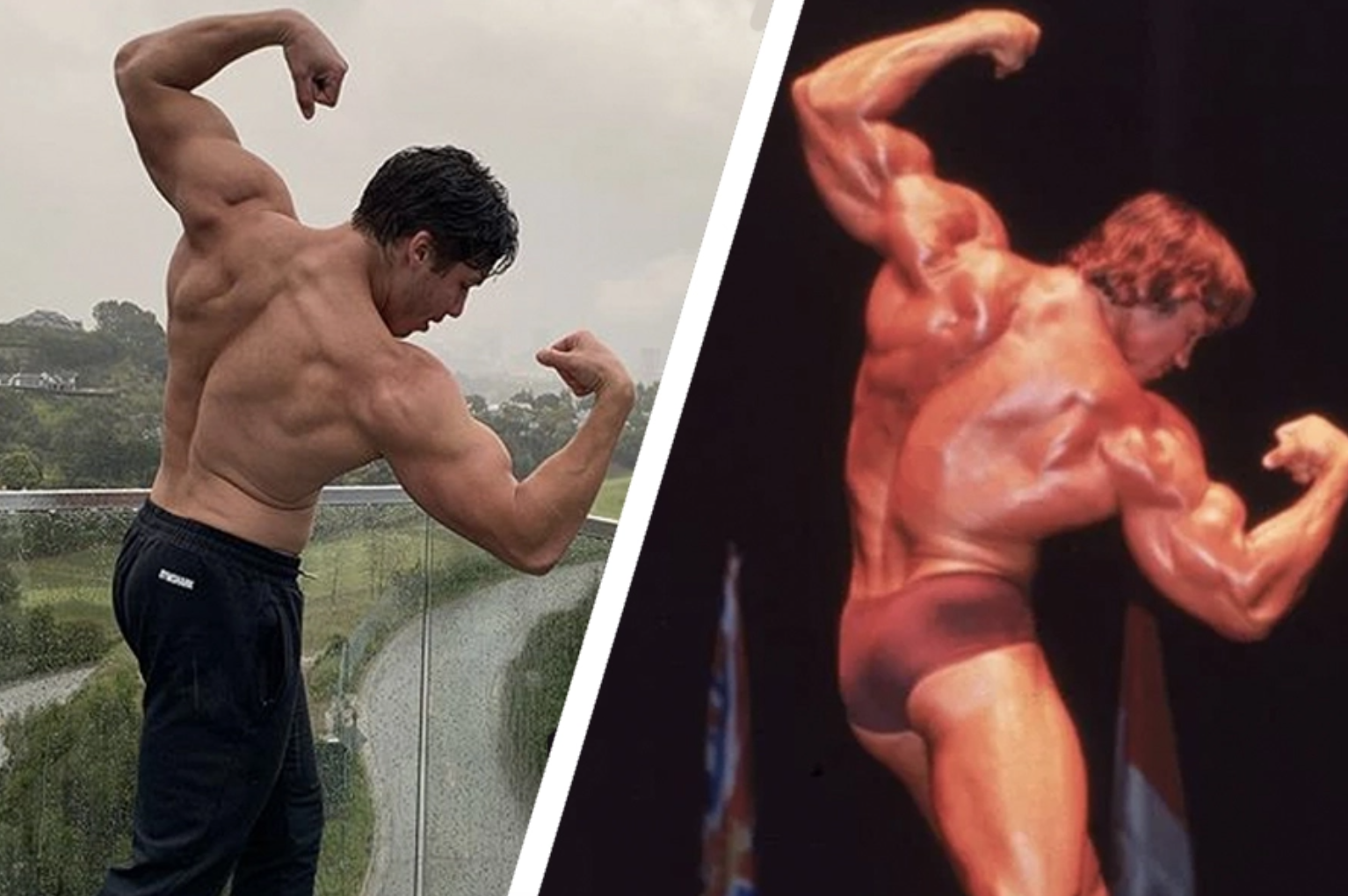 As you can see, the 22-year-old has clearly been working away in the gym trying to get as buff as his father.

Still, he’s got a little catching up to do to Arnold. Some fans have even said that Baena looks like “Arnold 2.0.” However, this isn’t the first time that the youngest son of Schwarzenegger has recreated one of his father’s poses. In 2016, he recreated a bar scene from Terminator 2. You can check out the clip below.