Jordan isn't like any 11-year-old girl -- she was born with a left arm that stops just before her elbow, but she hasn't let it dampen her spirits! Instead, she took it upon herself to invent a prosthetic that no one has seen before: an arm that shoots glitter!

The inspirational girl first appeared on The Rachael Ray Show, where she was given the opportunity to present her invention to the judges of Shark Tank. "You can never be sad with sparkles," Jordan said to kick off her pitch, which she then proceeded to elaborate on the invention. 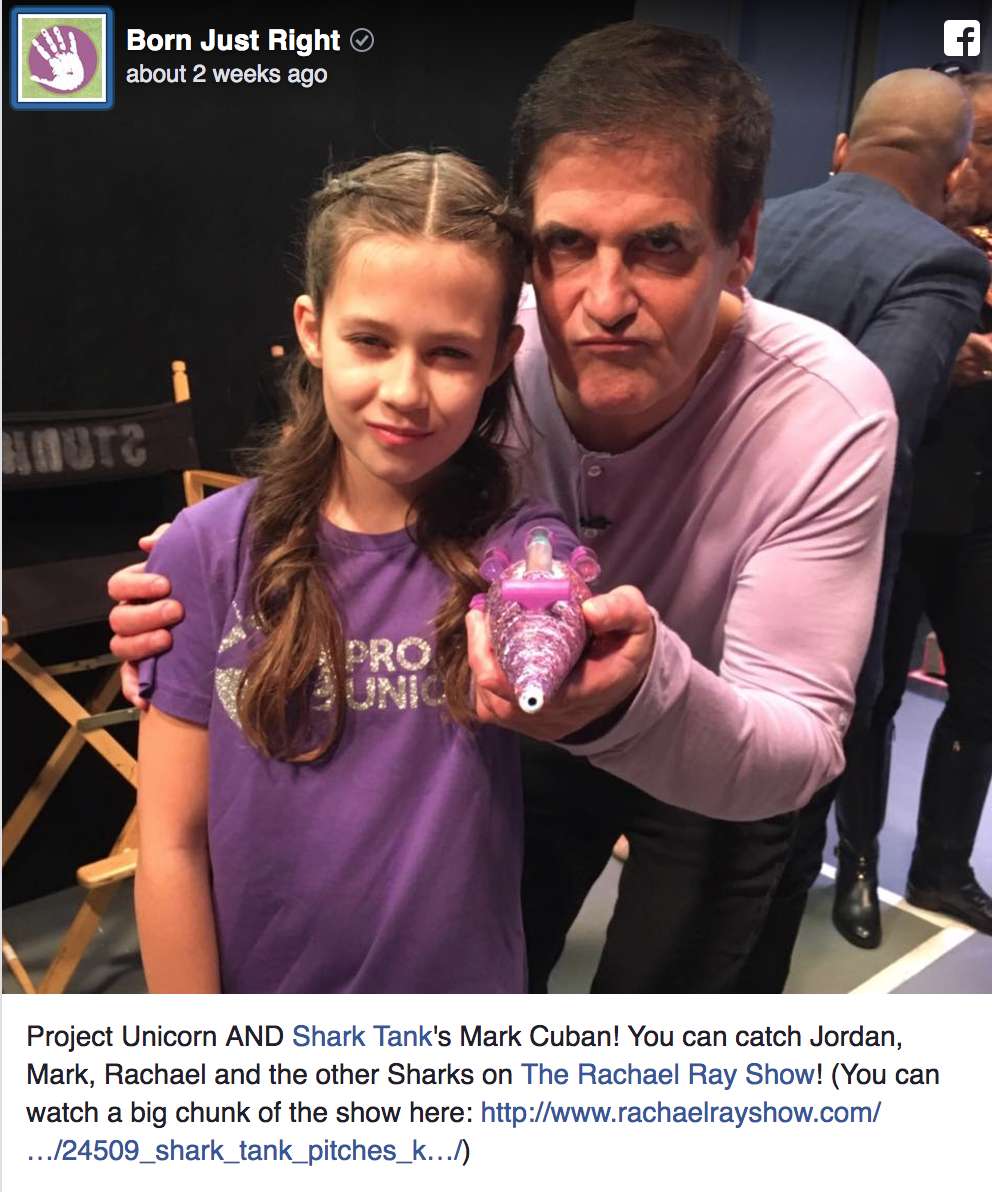 Jordan calls her glitter-shooting prosthetic arm "Project Unicorn," and she has even teamed up with Born Just Right to sell t-shirts to raise money for children with disabilities. "I love inventing," Jordan said. "I can revolutionize 3D printing for the medical community."

The talented, amazing, and inspirational Jordan Reeves is well on her way to changing the way people see prosthetic body parts forever.